Samuel Kimathi and Lucy Njenga have run a number of successful businesses in the Molo area (Kenya), but while running their hotel and restaurant, they were regularly approached by orphans and street children needing food to eat.

The call to serve these children grew in their hearts. Samuel and Lucy knew they couldn’t run several businesses and also have the time to dedicate to the children in the region. After a lot of prayers, they decided to serve the destitute children full time, making the decision to sell their personal property acquired over their 20 years together.

The funds from their sacrifice were used to build Chazon Children’s Centre and to help employ teachers as well as other workers.

Chazon Children’s Centre opened its doors on the 1st of February 2007. That first week only 23 dusty and malnourished students enrolled. The centre was housed in a rented old farm house whose roof leaked terribly whenever the rain hit the area – and this was often. It was a humble beginning.

Today the Chazon Children’s Centre has over 400 pupils attending in decent quality classrooms, a well structured kitchen (serving a big lunch and porridge twice a day) and a staff including 12 teachers, 3 full-time cooks, a social worker and a security guard. 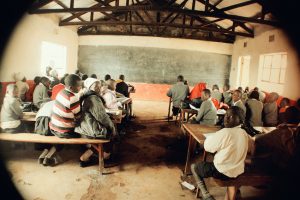 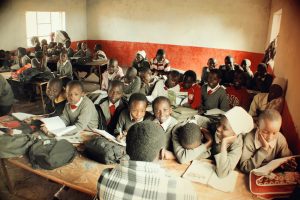 Chazon is located in Molo, where the level of poverty is very high. This has been made worse by the AIDS/HIV pandemic and the tribal clashes that often take place during the period immediately before and after a general election. Chazon has expanded it’s service to the poor and needy children of the area by opening an orphanage.

How did we help?

To extend services to additional homeless children, the founders bought nearby land to build an orphanage, which provides a home for over 30 students. Silent Voices supported the effort by financing the construction of all external toilets at the orphanage.